HANDBALL FOR ALL EDITION 2016 – PLAN OF ACTIVITIES 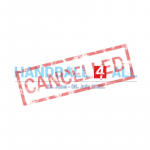