Through goalkeeper to the victory

Best on the field, was goalkeeper Aleksandar Milenkovic, “H4All” participant in 2014 and 2015 editions. The hosts, guided from the bench by “H4All” promoter in 2014 Nenad Perunicic, most effective player with seven goals was the playmaker Aleksandar Dragutinovic, “H4All” 2015 participant. 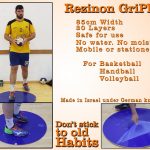