Our expert for physical preparation, Mr. Slobodan Acimov (SRB), in next season will be a part of the coaching staff of the super-ambitious Hungarian female club “Siofok”.

Team consisting of players such as Minko (FRA), Perianu (ROU) or Damnjanovic (SRB) have a right to count in future on high positions in Hungarian championship and European cups.

He is also S&C coach of the Montenegro men’s handball team, who qualified after brilliant games against Sweden and Russia for the next ECh in Croatia.

Proud of all of you who have made our project so special in the last ten years, we would like to congratulate you all on[...] 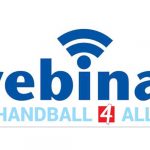